Taking part in the French Revolution 2012 was a great experience; it being my first rally it was hard to know what to expect, how to prepare and if I was going to have any idea what I was doing. The answer to the later was “no, I didn’t have a clue on day one what I was doing!” but this for me was a great challenge and I tried to rise up (slowly but surely) to the superior standard of the dear Mr Neil Revington, but this was hard! We started in Portsmouth where we got the ferry to Caen, after attending a family day at the Hampshire and Isle of Wight Constabulary Headquarters at Netley with the Police car. Once in Caen we drove to Fontainebleau where the rally was to start, during the drive we tried to avoid any major roads, so I could get used to being a navigator and using the speed tables. 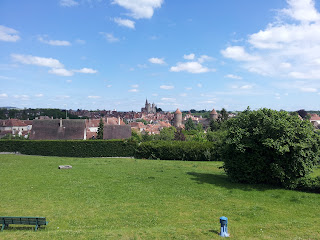 On arrival in Fontainebleau there was a great spirit amongst the organisers and competitors, who were all very encouraging and friendly towards me. The most popular piece of advice about the rally to was forget about the speed tables and focus on the road book (I took this on board and it was great advice. . . “route is King”). 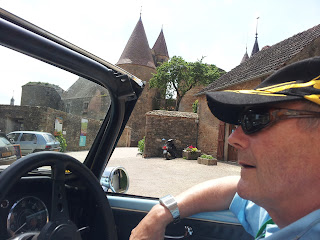 The technical side of the rally had a slightly shaky
start, as we got lost of the calibration route, but as it turned out following tulips in a town is quite hard compared to when you’re in the middle of rural France. The rally itself went far too quickly and was over just as I was getting the hang of combining directions with speed tables. The first day revealed with no surprises, pretty dismal scores for us, as timing wasn’t too important but I also managed to get us very lost as well. Day 3 we saw some improvement as we moved up the board from 11th place to 6th and retained that place on Day 4 after getting our first Spot On (meaning a zero penalty for arriving at a secret timing point on exactly the right second). Although we felt we were improving, so were all the other competitors towards the end of the week and we finished 8th Overall. 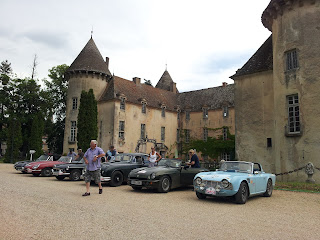 The places and views we saw were stunning and the roads were great, especially the rougher ones that were little more than farm tracks and the windy hillclimbs. These roads we somehow always managed to be behind time on, requiring Neil to drive around, as most people would describe him as being “a looney” but he would consider it more of a “necessary quick but controlled” drive, to try and catch up. 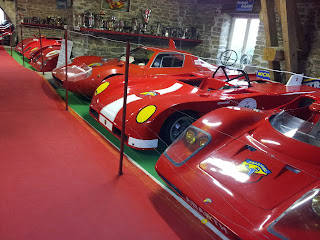 Overall the experience was fantastic and was more than I expected. I would like to thank John and Nicky for all their hard work and for welcoming me into the rallying family and also the competitors who really went out of their way to make me feel a wanted part of the group and cheered me on all the way through. Most of all I want to thanks Neil for taking me on the rally; he remained very calm and collected when everything had gone wrong, he gave unlimited encouragement from start to finish and was a great navigating tutor and driver.


Now for my next Challange - Sprint and Hillclimb:

I can’t wait to get stuck in with the Hillclimb scene, now everything’s is coming together. I now have the advantage of more time, as I have just finished my degree ( stop press - and graduated, well done Natalie), but the disadvantage of no experience of competing so only time will tell if I am actually any good at sprints and hillclimbs but I am definitely up for the challenge. The TR3 Beta seems to progress every time I make a visit Home Farm, so hopefully we’ll be able to use it sometime towards the end of the season. In the meantime I will be double driving whatever Neil takes to the event. I only have a few words to say by way of an introduction to my pending involvement with the sport, as I said previously I have no experience in competing so I have a lot to learn and discover but one thing I am certain about is that I’m excited to be taking part and I’m looking forward to seeing you all out there.