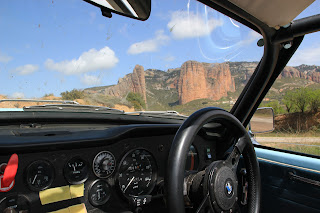 This historic regularity rally, open to cars built before 1985, as the name suggests is run in the mountains behind the Costa Brava. The rally is centred at the sea-side town of Lloret de Mar and consists of approximate 900km, 400 of which are competitive. The first stint began up in the mountains on Thursday night through to the early hours of Friday morning. There were further stages on Friday morning followed by a test at Sils Go-Kart circuit, where it was necessary to attempt to drive the circuit at a constant 50kph. However as go-kart circuits are generally very tight, this was all but impossible and the test became a flat-out thrash.

Later on Friday we had a test at the Circuit De Catalunya, home of the Spanish Grand Prix. The test at the circuit requires that the crew drive one lap to establish a reference time and then two more laps trying to match that time exactly. The rally continued on Saturday with more regularity sections and another visit to the Sils circuit. The rally proper finished late Saturday afternoon, thought there were two further tests on Sunday morning which did not count towards overall results. 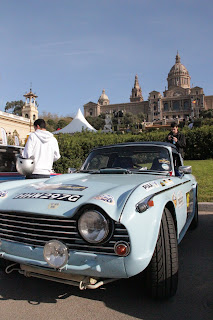 We were aware before we started the event that any kind of average speed equipment was allowed. We hadn’t realised the important of this until the rally started, where we found that the better crews where achieving less than 1 second penalty points, per timing point. Although we had what would generally be considered as satisfactory results on the first leg because we didn’t have such sophisticated average speed measuring equipment that other crews did have we ended the first leg halfway down the field of 120 competitors. Having analysed the results we found that on some sections we did extremely well, being within the top 5, but speed changes let us down and the loss of 5 seconds here and there was enough to keep us mid-field.

Although we didn’t do particularly well the rally was enjoyable, well run and over some spectacular roads, which we would normally never find. The car went well having run approximately 1800 miles without missing a beat. 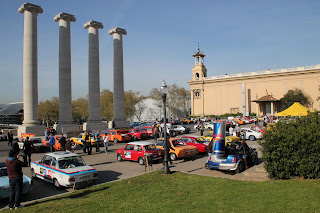